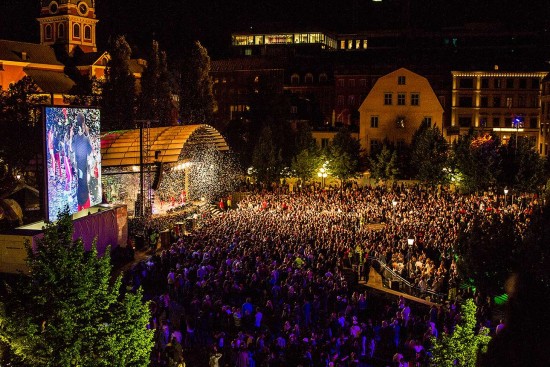 Sweden’s prime minister has condemned a “double betrayal” of women after allegations that police and media covered up sexual harassment by recent immigrants at a music festival in Stockholm. Meanwhile, reports have emerged of attacks on women in Malmö on New Year’s Eve.

Groups of refugees molested concertgoers at We Are Stockholm, Europe’s largest youth festival, in the summer of 2014, according to internal police memos obtained by Dagens Nyheter, a daily newspaper.

“These are so-called refugee youths, specifically from Afghanistan. Several of the gang were arrested for sexual molestation,” one police memo said.

Yet the official police report on the five-day festival attended by 170,000 young people aged mainly 13-19 made no mention of sexual harassment or assaults.

The prime minister, Stefan Löfven, said this amounted to a double betrayal since no one was prosecuted for the crimes and the police did not make them public.

The reports come as police in Cologne, Germany, investigate hundreds of claims of assaults on women on New Year’s Eve. Officials say nearly all of the suspects in the attacks were “people with an immigrant background”. Police and the media have been accused of deliberately under-reporting the events in order not to encourage anti-immigrant sentiment.

In the Stockholm case, another newspaper, Nyeter Idag, claimed that Dagens Nyheter itself received reports about the assaults very soon after the festival but did not publicise them because they might benefit the far-right Sweden Democrats, who campaign to stop immigration.