Obama’s order, approved earlier this year and known as an intelligence “finding,” broadly permits the CIA and other U.S. agencies to provide support that could help the rebels oust Assad. 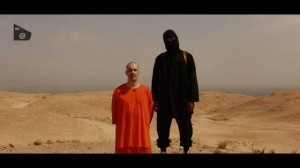 This and other developments signal a shift toward growing, albeit still circumscribed, support for Assad’s armed opponents – a shift that intensified following last month’s failure of the U.N. Security Council to agree on tougher sanctions against the Damascus government.

The White House is for now apparently stopping short of giving the rebels lethal weapons, even as some U.S. allies do just that.

But U.S. and European officials have said that there have been noticeable improvements in the coherence and effectiveness of Syrian rebel groups in the past few weeks. That represents a significant change in assessments of the rebels by Western officials, who previously characterized Assad’s opponents as a disorganized, almost chaotic, rabble.